Springtime in the Vale Of Evesham

Recognised for its apples, pears and plums, the Vale of Evesham and its neighbouring area have some of the most productive horticultural land in the country. During mid March and mid May the soft pink tones of cherry and apple blossom contrast beautifully with the white blossom of the pear and plum as the blossom explodes along the road sides of the Vale of Evesham and surrounding areas.

So this spring why not explore the natural beauty that the Vale has to offer by following the 45 mile AA signposted route? You will be sure to journey through some of the most idyllic villages that the area has to offer and be captivated by blossom and countryside. 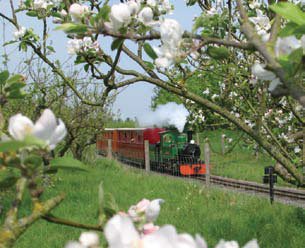 The colour of the blossoms that can be seen throughout the Vale of Evesham range from the delicate whites of the pear and plum to the varying shades of pink of the cherry and apple.

The blossom usually appears between mid March and mid May with plum and apple blossom being the most common sight along the Blossom Trail. The white plum and damson blossom are the first to spring in this natural work of art, with the white pear and the pink apple blossom following later depending on the weather. 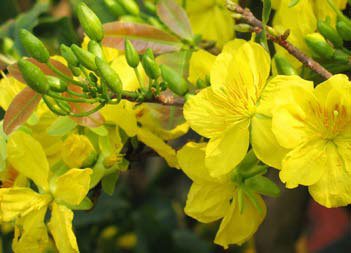 History of the Blossom Trail

In 1983 the 8 mile Vale of Evesham Blossom Trail was

the Vale of Evesham. However, during the late 1980s and early 90s it became apparent that the traditional orchards were diminishing. In order that the viability of the Trail be retained, an extensive survey was carried out in 1993 to assess what opportunities were available to extend it to 20 miles long, not only to include new orchards but also to include the town of Evesham and the delightful villages in the Vale. 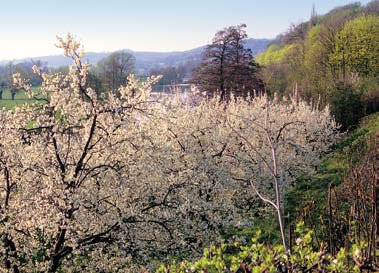 During the Millennium year another survey was undertaken and this time it was decided to extend the route further to include Pershore and the surrounding area.

This provided visitors greater access than ever before to experience more of what the area has to offer. However, in 2001 sadly the Blossom Trail, and the rest of the country, was affected by the disastrous outbreak of Foot and Mouth causing the launch of the 40 mile route to be postponed. Thankfully in 2002 the new route was promoted and continued to attract thousands of visitors. In 2008 to celebrate its Silver Jubilee, the Blossom Trail was extended once again – this time to include apple orchards and the charming village of Broadway.

To commemorate the centenary of the discovery of the Pershore Yellow Egg plum, a locomotive was named “Pershore Plum”. The steam train could be seen travelling between Worcester, Stratford and Birmingham. During the harvest, schools all over the district would close for a fortnight or so and farmers employed hundreds of children and their mothers to pick the fruit.

The region has been famous for its fruit growing since medieval times.

For centuries mainly apples and pears were grown in the Vale, with most of the crop being made to make cider and perry. By the 19th century fruit growing had become big business, and many new varieties were produced including the famous Pershore Yellow Egg plum which had been discovered growing wild in Tiddesley Wood in 1827. By the 1870s around 900 tons were sent to market at harvest time.