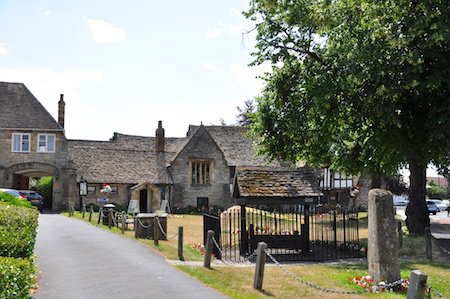 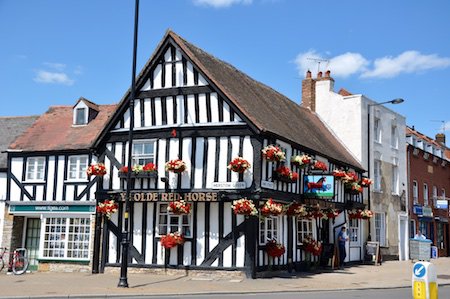 The walk commences outside the Almonry, and heads in a northerly direction to the top of the drive where you can see the town stocks, originally sited in the Market Place and moved to the present site in 1929. Further along you can see two old milestones, the larger of which was re-cut in 1978 and originally stood at the cross roads at the top of Greenhill, north of the town.Looking west you will see Merstow Green which was the original market place for the town until after 1400. In the distance, behind the buildings, you can catch a glimpse of the ridge of Clarkes Hill, the site of the abbey vineyards.

On the corner of Merstow Green is the much-photographed Ye Olde Red Horse inn, dating back to the 15th Century: the sign of the Old Red Horse is very rare, deriving from the old English roan or red horse, long since extinct. 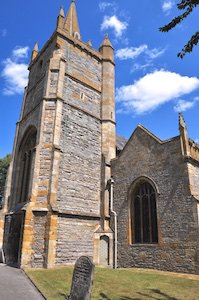 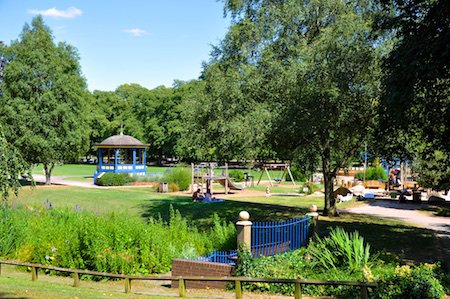 At the end of the Almonry drive, turn right and go through the churchyard gates. In front of you is the church dedicated to St. Lawrence. The origins of the church date back to the 12th Century but it was rebuilt in the 16th Century and considerably restored in the 19th. Tradition has it that it was originally built for pilgrims to worship in, but it was certainly being used as a parish church at the dissolution of the Abbey. To the north is the church dedicated to All Saints, a major part of which was built in the 12th Century: it still serves as the town’s parish church today. Proceed now to the Bell Tower that houses a peal of 13 bells: it originally provided an entrance to the monastic cemetery.

Passing underneath the Bell Tower you will arrive in Abbey Park, the site of the Abbey Church and monastic buildings. Turning to your right, follow the footpath which skirts the remains of the cloister wall until you come to the Cloister Arch. Walk underneath the arch and turn and look back to see the carved figures, mostly headless as a result of the Civil War in 1646: this arch was once the entrance to the Chapter house from the cloisters. 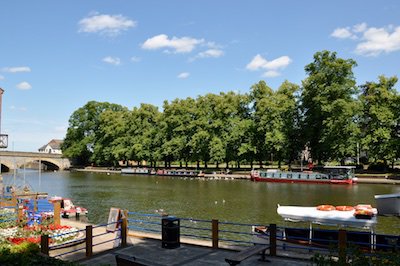 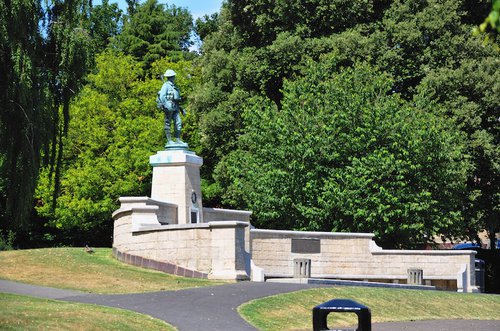 In the grassed area in front of you and slightly to the left, is the monument to Simon de Montfort: this monument marks the site of the high altar of the Abbey Church in front of which he was buried. Immediately in front of that is the town’s war memorial topped by a bronze ‘Tommy’ from the First World War.

Follow the footpaths now, down to the foot of the hill with the river in front: you can either follow the sign-posted River Walk which will lead you along the tranquil riverside to the Hampton Ferry; or turn to the left and take the north exit from the park onto Bridge Street. To the right you will see the Workman Bridge which replaced the medieval old bridge in 1865, and is named after the then mayor of the town, Henry Workman, who was responsible for raising the funds for the replacement bridge. 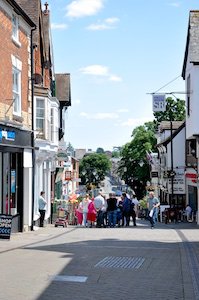 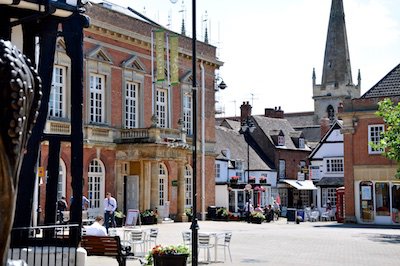 On the opposite side of the road is the Methodist Church dating back to 1910, but for now, turn to your left and proceed up the pedestrianised Bridge Street. Towards the top look up over the shop fronts, to your right you will see a small hanging sign marking the remains of the Langston Manor where King Charles I stayed in the summer of 1644. A little further up, and to your left is the timbered Round House (or Booth Hall) dating back to the 15th Century but heavily restored by the NatWest Bank in 1968.

Now enter the Market Place: in front of you, in the left had corner, you will see a half timbered building known as the Walker Hall which probably dates back to the 16th Century although its original purpose is unknown. It is well worth walking over to the hall and under the archway of Abbot Reginald’s Gateway where you can see the old Norman arches of the original Abbey gateway which were excavated in 1888. 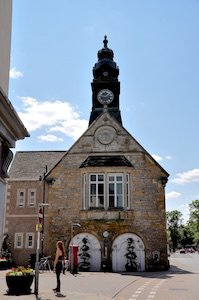 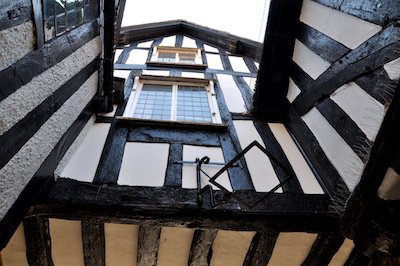 On the left of the Market Place is the Public Hall (above the present Riverside Shopping Centre) which was erected in 1824 for a town library and was later enlarged to become the Evesham Literary, Scientific & Mechanic’s Institute. It was also used as a corn exchange and was later known as the Farmers’ and Merchants’ Hall before becoming the Public Hall. Over on the right of the Market Place is the Town Hall built largely with stone from the abbey site: the Council Chamber was added in 1728 and the clock tower followed in 1887 to mark Queen Victoria’s Golden Jubilee. To the right of the Town Hall is the bronze sculpture representing the appearance of the vision of the Virgin Mary to Eof the swineherd: this was unveiled in June 2008. 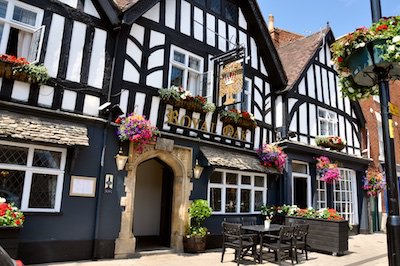 Walking around the Town Hall into Vine Street, you will see on the opposite side of the road, the Royal Oak Inn which was originally a 16th Century coaching inn. This marks the end of the walk, unless you wish to proceed north into the unusually wide High Street where, on the left, is the splendid Dresden House with some spectacular wrought-ironwork. This was built by Robert Crookes in 1692and was later the home of William Baylies, physician to Frederick the Great of Prussia. 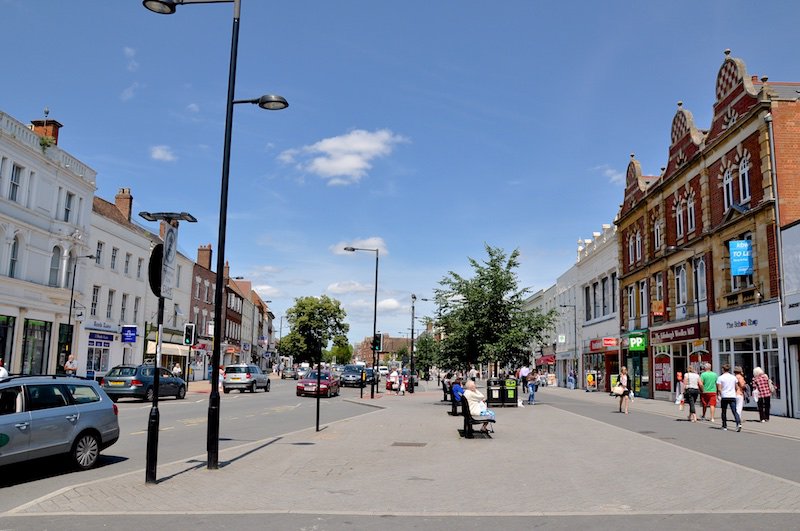